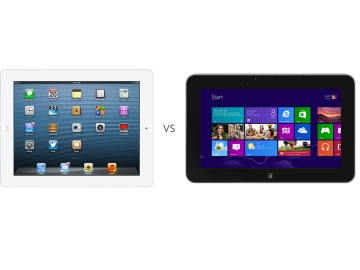 In October of 2012 Microsoft released the Windows 8 operating system to the general public along with version 10 of Internet Explorer. At about the same time Microsoft released its first tablet computer, the Surface RT. Other than the X Box, Microsoft hasn’t had much luck with hardware – the Zune MP3 player comes to mind – so generally it sticks to manufacturing software.

As I see it Microsoft is in a very tough spot. They let Apple and Google beat them to Cloud computing. Cloud computing allows users to upload files to Apple or Google servers for storage and then share them with other devices registered to the same user. Microsoft may have thought that Cloud computing wouldn’t catch on, that people would be unwilling to put all their personal information and documents online, if so, Microsoft was wrong. To an astonishing degree people are willing to put every document, song, video, picture in the cloud in order for the convenience of having everything available to all devices.

Microsoft, possibly realizing they bet wrong, is trying to play catch-up. Hence the release of Windows 8, an operating system designed to work on PCs, Tablets and Phones and Microsoft’s own version of the Cloud known as Skydrive. The problem with Windows 8 is that in order to get it to work on devices like tablets and phones it has to work with touch-screens, something Microsoft has little experience with. Also, the operating system had to be slimmed down dramatically so as to not require as much processor power or memory.

With the new Widows 8 operating system came Microsoft’s first tablet computer, the RT. The problem with the RT is it doesn’t use the Windows 8 operating system, instead it uses a trimmed down version called RT. The good news about RT is it doesn’t take much battery power to run it or much memory and it is about the same price as a 2nd generation iPad. The bad news is it doesn’t run software like Word, Excel, Outlook or PowerPoint so there really isn’t much reason to buy. And people didn’t in droves. So it was, with much fanfare, that Microsoft released the Surface Pro, a tablet computer running the same operating system as a PC.

Surface Pro is the only tablet that will run the full Microsoft Office suite of software. So how does the Surface Pro compare to the iPad? In two words: not good.

The problem with the Surface is it tries to be all things to all people and fails. It’s too heavy to be a good tablet, and too limited to be a good Ultrabook. I’ll start by comparing the Surface Pro to the tablet I’m most familiar with – and most popular (but not by much anymore) – the iPad Retina.

Image quality: The iPad Retina has a resolution of 2048 x 1536 the Surface Pro 1920×1080. Images viewed on the Surface seem noticeably courser not only when compared to the iPad Retina but also when compared to the generation 2 iPad with its lower resolution of 1024 x 768.
Touch-screen quality: The Surface and the iPad seem very similar. Both offer similar features such as one finger flick scrolling, pinch and expand to contract or zoom the screen, two finger scrolling and five finger swipe to change applications.
The big difference is in the operating systems. Windows 8 is noticeably lacking when compared to iOS6. A perfect example is the on-screen keyboard. With an iPad, any time you touch an input field/box, the on-screen keyboard is automatically displayed. As soon as you click the return key or a Done/Submit button the keyboard is automatically removed. With the Surface, the keyboard has to be manually triggered to display and when you’re finished manually removed. Adding insult to injury, the close button for the keyboard is directly above the keyboard Delete key. More than once I deleted a character when what I wanted to do was hide the keyboard.
External keyboard: The Surface is unique in that you can choose between two covers with built-in keyboards – the “Touch Cover” and the “Type Cover”. I chose the Type Cover and it’s not cheap, nor at $150 dollars as good as it should be. It feels flimsy but it gets the job done, plus the fact that it magnetically attaches to the Surface tablet is a plus. The bad news is the Windows 8 touch-pad software. There are very few selections for touchpad operation and most noticeably lacking is the ability to reverse direction for two-finger scrolling. Many people, including me, like to have the on-screen page move down when they drag their fingers down on the touchpad. Instead with the Surface Pro, when you drag you’re fingers down the screen display moves up. By default the MacBook Air has the same setup, but Apple gives you the option of reversing scroll direction and so far Windows 8 doesn’t. Based on the number of complaints I see about this issue it will probably be resolved with Windows 8.1. If the was about $50 cheaper I would probably like it more.
Apple does not make an attachable keyboard for the iPad but Logitech does. The Logitech keyboard has decent typing feel but does not have the direct attachment the Surface keyboard has. It relies on Bluetooth and has to be recharged occasionally (Logitech claims six months between charges). The iPad and the Surface Pro keyboards attach to their respective tablets magnetically, but the Surface keyboard magnet seems much stronger. Based on my own experience I would recommend a case for the iPad that allows it to stand and use an external keyboard in the rare cases where you need one.
If you are going to use a keyboard on a regular basis, don’t buy the Surface Pro, buy a MacAir or, if you really need a PC, buy one of the various Ultrabooks with solid state drives made by manufacturers like Asus, HP, Samsung, Sony and Toshiba. They aren’t as good as the MacAir but will run Windows 7 or Windows 8. To its credit, the Surface Pro does have a USB port and a HDMI output.
Weight: The Surface is much heavier than the iPad and, which means when using it strictly as a tablet, it is much harder to hold. The Surface needs a more tactile, forgive me, surface a for good grip. Both the iPad and the Surface would benefit from the type of enclosure used by the Nook reader. The Nook reader has a slightly rubberized side and back which is easy to grip even without a case. Because of its lighter weight the iPad can be held with one hand, the Surface… not so much.

Battery life: Nothing special. The Surface Pro is powered by a 42Wh battery and lasts between 4-6 hours of continuous use on a charge. The iPad does better, lasting 8-10 hours per charge as does the MacAir.

Conclusion: What makes the Surface Pro a real disappointment is it doesn’t compare well to Ultrabooks and doesn’t begin to compare to a MacAir. The MacAir is thinner, lighter and faster. The only advantage the Surface Pro has is that it will run some software a Mac won’t. However, the MacAir will run the most popular PC software such as the Office Suite of applications.