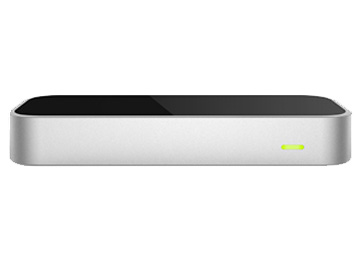 If you’ve seen any of the Iron Man movies you’ve probably noticed how Tony Stark uses a motion controller to throw virtual computer screens around the room.  It’s a really neat visual effect and it’s not that far from reality.  The first step has been made with the Leap Motion Controller.  If you are unfamiliar with the concept of a motion controller, Leap has a nice promotional video you can view.

The Leap Motion Controller is a kind of virtual 3-D trackpad – although in Leap’s advertising they make a point that it does not replace the trackpad but I can’t help but think that is the long-term goal.  Do use it you simply place your hand (or hands) above the controller and it reacts to your hand and finger movements.  The space you have to work in is fairly small (it starts about 6” above the controller and extends about a foot on all sides).

The Leap controller is only $79 but the bad news is you have to buy apps to take advantage of it and the apps are only availabls at Leap’s Airspace App store.  There are very few apps at present that support Leap and according to user reviews they tend to be finicky.

App prices tend to be fairly low or free.  The most expensive I saw was $29.99, but most seemed to be either free, $1.99 or $2.99.  The great majority of the apps are for games, but there are a few were for applications like PowerPoint and various graphics programs.

As a Mac user I was most interested in the free Touchless for Mac app (there is also a touchless app for Windows – it is also free).  Based on the user reviews it is a work in progress.  The overall rating was 2.75 stars, out of 5, based on 187 reviews.  Typical of the reviews were comments like “…it’s just a cool toy that works about 50% of the time”  or “…it just isn’t reliable enough or accurate enough for everyday use.”  The rating for Touchless for Windows was only 2.25 stars based on 544 reviews. 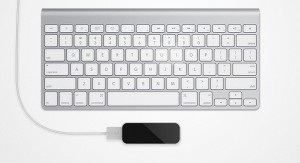 How does it work?  The Leap uses two tiny cameras and 3 infared LEDs.  The device itself is very small, less then half the size of an iPhone.  The people at Leap recommend putting it in front of your keyboard but several users commented that the Leap picked up random gestures when they were typing so they found it better to  place the Leap behind the keyboard.  Of course this doesn’t work out to well if you are using a laptop.

It looks like Leap is aptly named, it is a leap forward but, if you will forgive me, in this case it is best to look before you Leap.